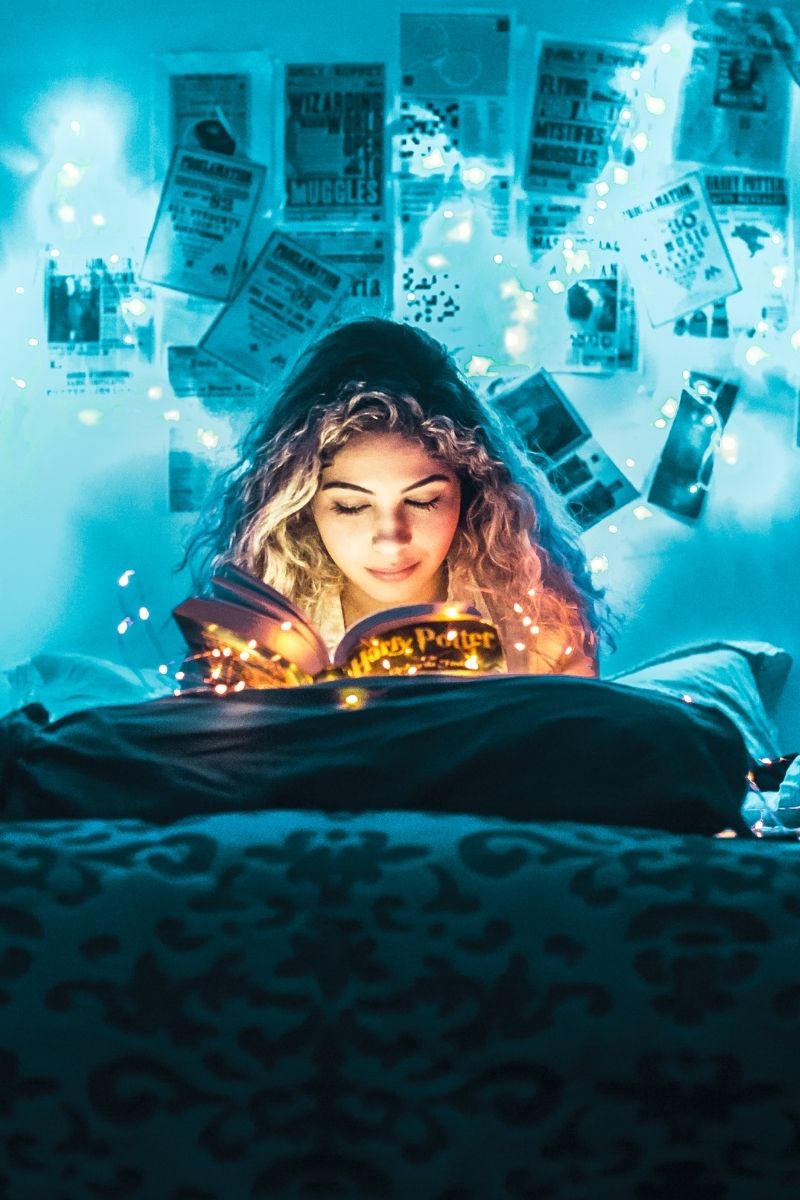 Luna Lovegood is one of the quirkiest, most lovable characters in the Harry Potter universe. She’s brave and kind and rocks her own unique style. Luna is often written off by other characters in Harry Potter as an oddball, but time and again we see Luna coming to Harry’s aid and standing up for what is right. By the end of the series Luna stands out as not only someone who is true to herself, but a loyal friend and a brave ally in the fight against Voldemort.

Here are four important lessons on living fearlessly that we can learn from Luna Lovegood.

Show Up As You Are

“Being different isn’t a bad thing. It means you’re brave enough to be yourself.”- Luna Lovegood

Luna knows people perceive her as being different, but she still lives her life on her own terms. In the end, Luna makes great friends and her unique style is an asset.

Luna rocks interesting fashion and is perceived as having her head in the clouds, but we know from many of her astute assessments that she’s actually whip smart.

Luna sums it up well, we all need to be brave enough to be ourselves.

Don’t Be Afraid to Speak Up

“Luna was once again demonstrating her usual knack of speaking of uncomfortable truths; he had never met anyone quite like her.”

Sometimes Luna is almost blunt in her honest assessments. She tells her father that Harry probably doesn’t want to speak to them but he’s just too polite to say so – not only showing that she understands emotions well, but she’s not afraid of being truthful even if it’s awkward.

This comes in especially important when during the battle for Hogwarts, Luna insists Harry come with her to speak to Rowena Ravenclaw’s ghost about the lost diadem of Ravenclaw. Harry blows her off repeatedly and Luna basically yells at him – in the end, it’s exactly the right advice, and Luna’s persistence saves the day.

Speaking up, even when it’s hard, is something each of us need to learn to do. Even when it’s awkward, the truth is important.

Be a Loyal Friend

“I believe He-Who-Must-Not-Be-Named is back, and I believe you fought him and escaped from him.” – Luna Lovegood

Luna not only believes Harry when he says Voldemort is back, she is the first person to join Dumbledore’s Army. She joins Harry, Ron, Hermione, and Neville in the fight at the Ministry of Magic. She shows up in a big way for her friends and she appreciates them. Having been an outcast for many years, she expresses how nice it is to have a friend group. Luna may not have always had friends, but she knows how to be an incredibly loyal friend.

Loyalty is essential to good friendship.

Be Brave Even When It’s Scary

“Thank you so much, Dobby, for rescuing me from that cellar. It’s so unfair that you had to die, when you were so good and brave. I’ll always remember what you did for us. I hope you’re happy now.” – Luna Lovegood

Luna has lived through her mother dying, getting kidnapped, seeing her friends hurt, and fighting against dark wizards many years older than she is and she still keeps going. She never gets negative and in fact, encourages Harry that they’ll see their parents again on the other side. She is a bright light in dark times and she is courageous and the first in line to join Harry, Ron, and Hermione in their fight.

Even when it’s tough, we can find ways to be brave.