It’s so important to stop negative self-talk because the cost is so great – it can cause depression and anxiety.

It can change your perspective on your life and cause you to feel worthless and like a failure.

While some people think negative self-talk will motivate them, it actually creates your reality – what you believe about yourself is how you will act and treat yourself.

How to Recognize Negative Self-Talk

Do any of these ring true for you when you read them? When we let our minds wander on autopilot, lots of ‘spam’ thoughts go through our minds.

It’s important to recognize that not every thought we have is true or worthwhile to think. The first part of dealing with negative self-talk is recognizing you are doing it, then you can address it.

How to Stop Negative Self-Talk

Speak as you would to a friend.

When you have a particularly nasty thought – something like, “you’re so horribly fat” or “god, I’m so dumb” – ask yourself if you would say that to one of your closest friends. If you would, you need to work on your friendship skills! But I highly doubt you would – so you shouldn’t speak to yourself like that either.

If you have a terrible thought run through your head, say something to yourself like “that’s not how I talk to myself, because I love myself”.

Push out the bad with some good.

One fun way to respond to negative self-talk is to tell yourself three good things for every negative thing you’ve said.

For instance, if you think to yourself, “I’m never going to be good at this” say three good things like, “I’m on my way, I’m trying my best, and I’m very good at (example) thing”. When I’m feeling particularly low, I’ll tell myself five things I like about myself.

Ask yourself “why do I think I’m responding this way?” instead of immediately believing the thought.

It’s hard not to believe everything you think. But, when you catch a negative, hurtful though – instead of feeling guilty for it or trying to reason with it respond to it with “that’s interesting, why am I responding this way?”.

Allow yourself a moment to dissect the thought and ask where it came from and why you might have been triggered to feel that way. Ask yourself if it’s really something you want to believe.

Label or name the inner critic.

If you have a specific thought or type of thoughts that routinely plague you – give them a name.

Whenever you think those thoughts say, “oh that’s negative Nancy again” or “angry Alex strikes again”. Perceiving the thoughts as someone else allows you space to both consider them or just ignore them.

Surround yourself with positive people.

If you struggle with negative self talk the last thing you need around you is negative people! Spend time with people who build you up, celebrate your wins, and recognize you for the fabulous person you are.

Friends who root for our failure aren’t really friends. I’ve spent lots of time and energy culling the people I spend time with because I want to be around positive people who make me a better version of myself. I highly recommend this practice! 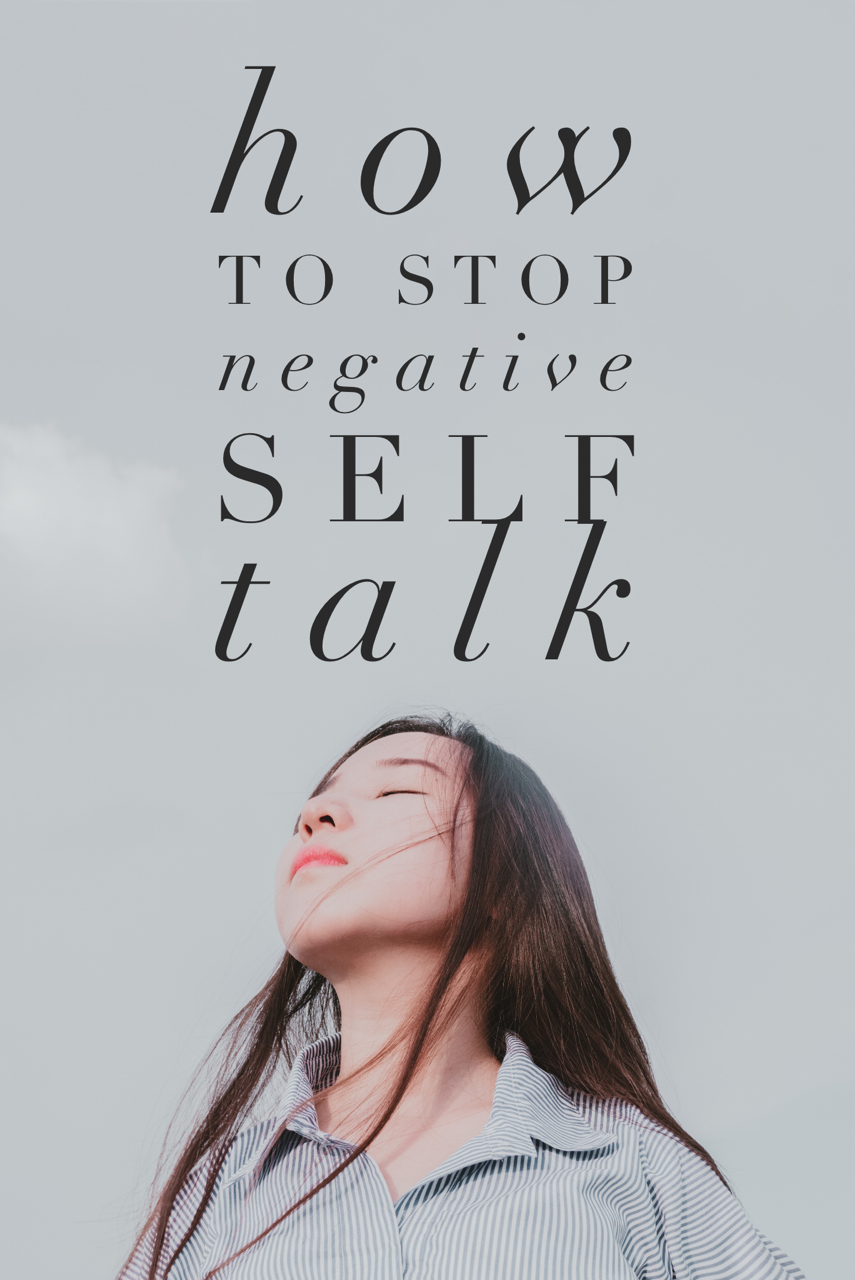 I am trying these help negative self talk suggestions. I leave another comment in a few days to c how it's going. I am super excited on my way to being me!😁😁😁😁